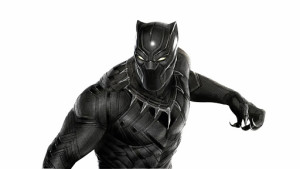 If you are not a fan of superhero movies, some clarification may be necessary. Wakanda is the fictional homeland of the Marvel hero Black Panther, the central character in the recently released film of the same name. Thanks to its large deposits of the fictional metal vibranium, Wakanda has the most advanced technology in the world.

And what language do they speak in this country with spaceships and hover bikes?

Although the Wakandans speak English when they want to (to paraphrase the character Okoye), the use of isiXhosa is woven into scenes in such a way that the audience is left in no doubt that isiXhosa is the language Wakandans use – whether strategising or talking to loved ones.

Using an existing language is unusual for science fiction and fantasy on screen, which often has a language made to order (think of Klingon in the Star Trek franchise, Na’vi in Avatar and Dothraki in the series Game of Thrones).

The adoption of isiXhosa in the Marvel universe is due to John Kani, who played king T’Chaka in Captain America: Civil War and Black Panther, and to a little bit of serendipity. The South African acting great argued – persuasively as it turned out – that his character would not be speaking English to his on-screen son, T’Challa (played by Chadwick Boseman). Kani improvised the line in isiXhosa and Boseman, who had previously worked in South Africa with a South African film crew, knew enough isiXhosa to respond. The scene worked beautifully. And so it came to pass that a language spoken by more than 8 million South Africans became the language of Wakanda.