A look at Afrikaans language and culture, tailored for Dutch-speaking exchange students 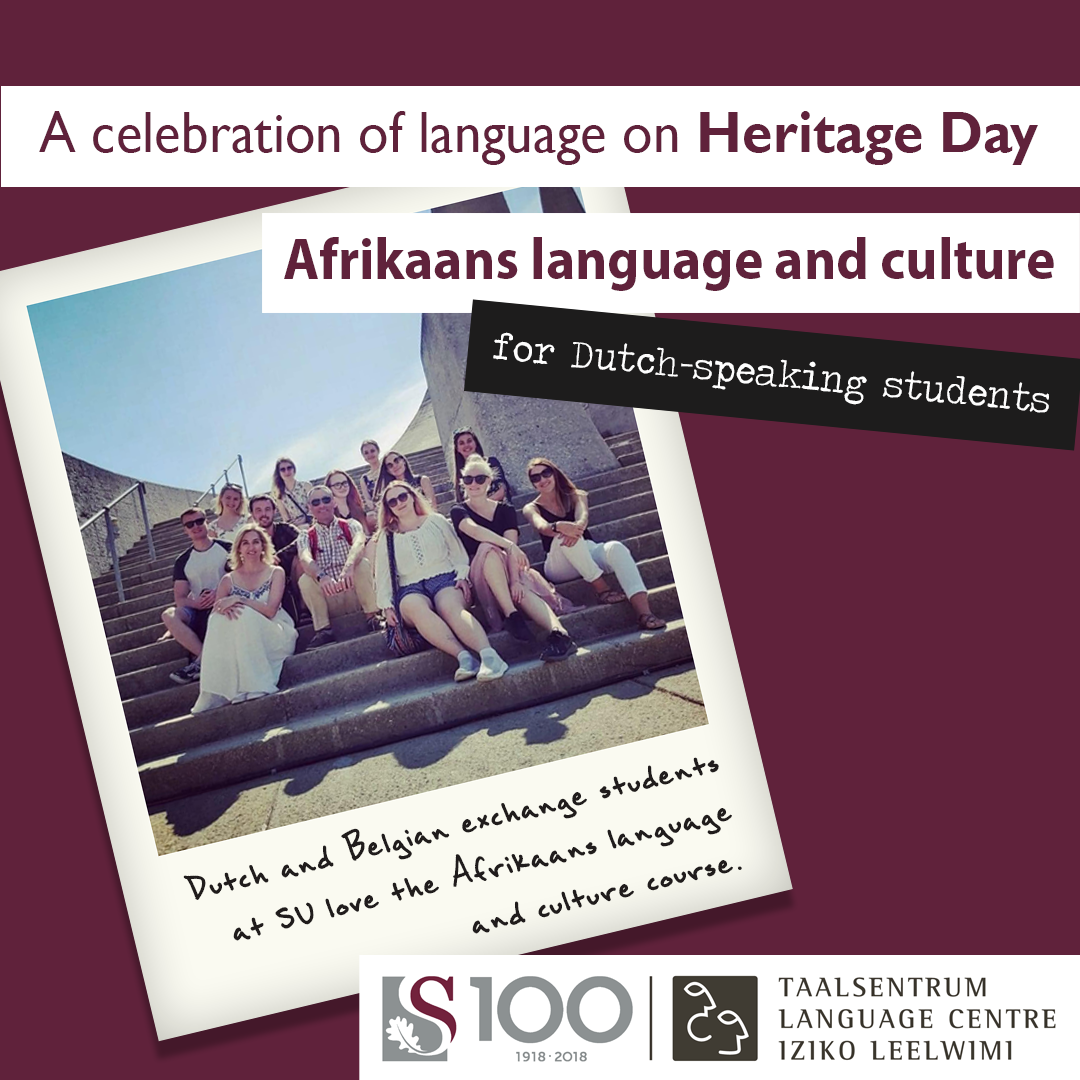 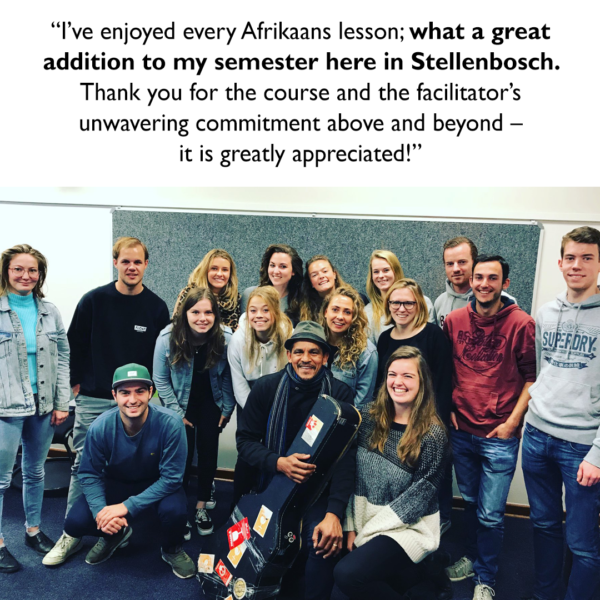 The Stellenbosch University (SU) Language Centre has been involved in the Global Education Programme of SU International for more than 20 years by offering a Beginner Afrikaans course for visiting students. In 2015 it was decided to expand the offering to a tailor-made course, namely an Afrikaans Language and Culture course specifically for Dutch mother-tongue speakers from the Netherlands and Belgium. As Afrikaans is a sister language of Dutch, the focus in this course can be on so much more than just linguistics and the acquisition of Afrikaans. And although Dutch students do want to be able to speak a beetje (a bit) Afrikaans, most of them wish to experience a bit of the culture of the language and the country as well.

The language component of the course focuses mainly on the differences between Afrikaans and Dutch with regard to pronunciation, spelling and certain linguistic structures. Students also learn about the loan words in Afrikaans that were borrowed from languages other than Dutch, such as ‘baie’, ‘gogga’, ‘babelaas’ and ‘mielie’, to name a few. Another aspect that invariably leads to laughter and often to confusion is the many false friends between Afrikaans and Dutch. Words like ‘amper’, ‘vaak’ and ‘vies’ are among them, and then, of course, the Dutch word for cat.

As far as culture is concerned, we follow an eclectic approach. We aim at giving students an overarching experience of complex and colourful Afrikaans culture. Aspects that we consider are identity, origin, history and the economic and political role of the Afrikaans-speaking section of the population. Students are exposed to different kinds of texts, such as Afrikaans short stories, poems and academic articles, as well as music and films, as a basis for illustrating their own experience and understanding of the language and culture. They are also given the opportunity to experience the language and culture outside the lecture hall with excursions to the Stellenbosch Village Museum, the Afrikaans Language Monument and wine-tasting in Afrikaans on one of the wine farms in the vicinity. One of the highlights of the course is the guest speakers who visit the students to chat about their experience of language, their origins and their identity. When the course was offered for the first time, the singer Koos Kombuis and the landscape artist Strydom van der Merwe made a surprise appearance. The well-known poet Diana Ferrus has also visited, and more recently the AfriKaaps rapper Jitsvinger, who was a huge hit with the students. Another regular and very popular visitor is the rapper Frazer Barry (he is also the lead vocalist of the group Tribal Echo), who loves sharing his passion for music and Afrikaans as well his own origin with the students.

The main purpose of this course is to broaden the students’ horizons in the short time they spend in Stellenbosch and South Africa so that they return to Europe as enriched people who have experienced much more than the usual knowledge about Afrikaans stereotypes that is based on braaivleis, milk tart and rugby. Student feedback such as the following confirms that we’re hitting the right spot: “I’ve enjoyed every Afrikaans lesson; what a great addition to my semester here in Stellenbosch. Thank you for the course and the facilitator’s unwavering commitment – it is greatly appreciated!”